I AM Public Artwork

I AM is a City of Greater Geelong public art commission developed in partnership with VALiD and ArtGusto, with Community Support Funding through the Victorian Government.

Mark Cuthbertson created I AM to celebrate members of our community who have a lived experience with disability. He collaborated with artists Robert Croft, Hannah Wilkinson, Christian Den Besten and George Macaronis, along with over 85 community participants.

For more information about the work: Visit Geelong Australia’s website.

The initial idea that led to the I AM sculpture was born back in 2015 at one of the monthly meetings for the Geelong and Bellarine Peer Action Group – VALiD (Victorian Advocacy League for Individuals with Disability). A few of the Peer Action Group (PAG) members made mention that, with the exception of a ‘pirate’, none of the iconic Geelong Waterfront bollards represented people with disability.

In response, the Bollard Sculptures project was formed to draw community attention to the ways in which people with disabilities are often left out or marginalised. The PAG members began to lobby for some new bollards to be publicly displayed.

PAG connected with ArtGusto and students from Geelong Baptist College and began work on the creation of four life-size wire and paper mâché sculptures, an example of what could be produced.

On December 3rd, 2017 these four art pieces were launched at International Day of Persons with Disability celebrations in Geelong by local MP Christine Couzens. PAG members lobbied for permanent bollards but were advised that since the passing of the late Jan Mitchell (the artist who created the bollard trail) the bollard collection is considered a closed collection. This created the opportunity to consider how a new project could be conceived and developed beyond the bollard trail. Work then progressed with the City of Greater Geelong Arts & Culture department to seek a State government grant to commission an iconic public artwork that celebrated the lives of people living with a disability. 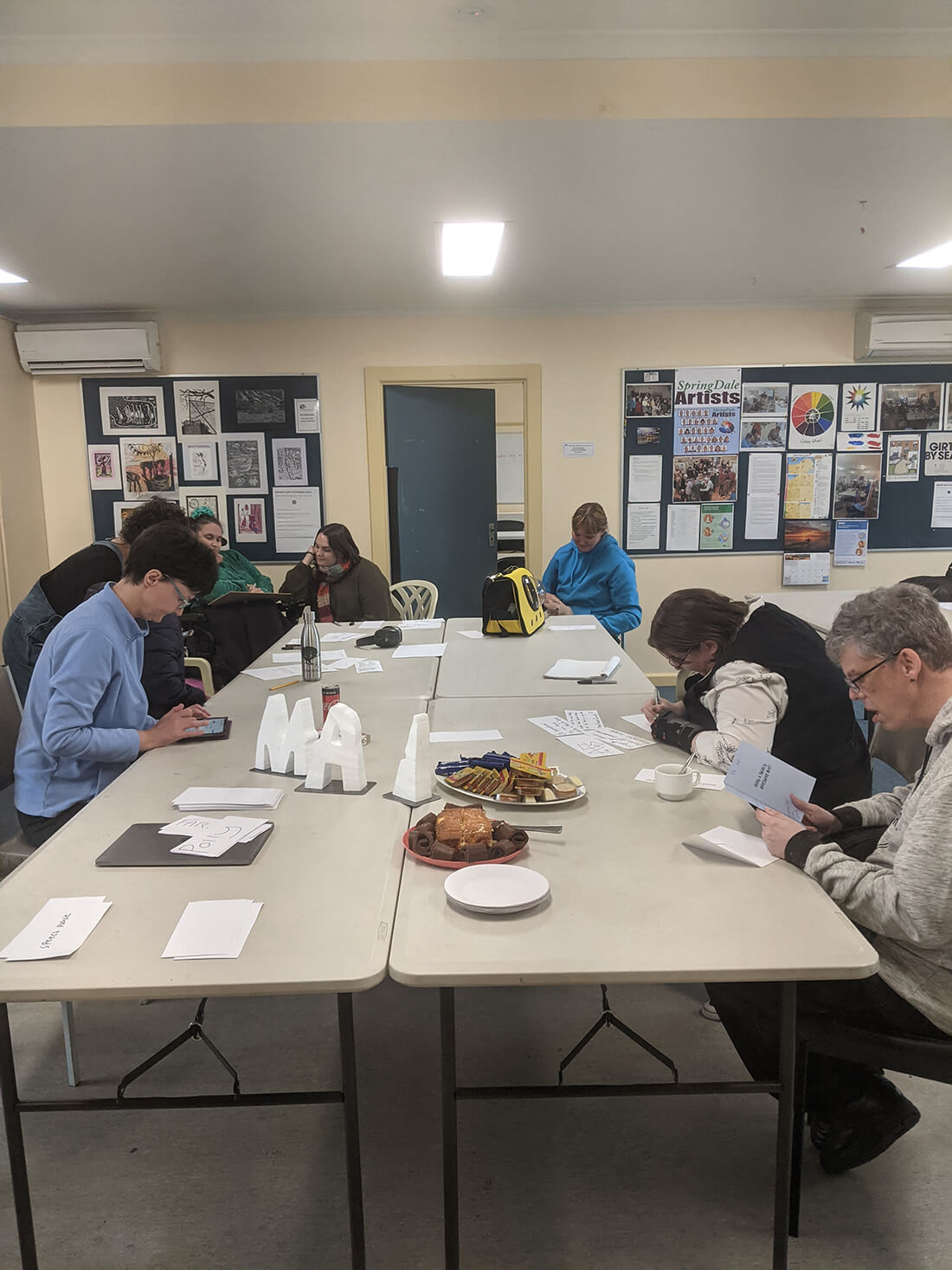 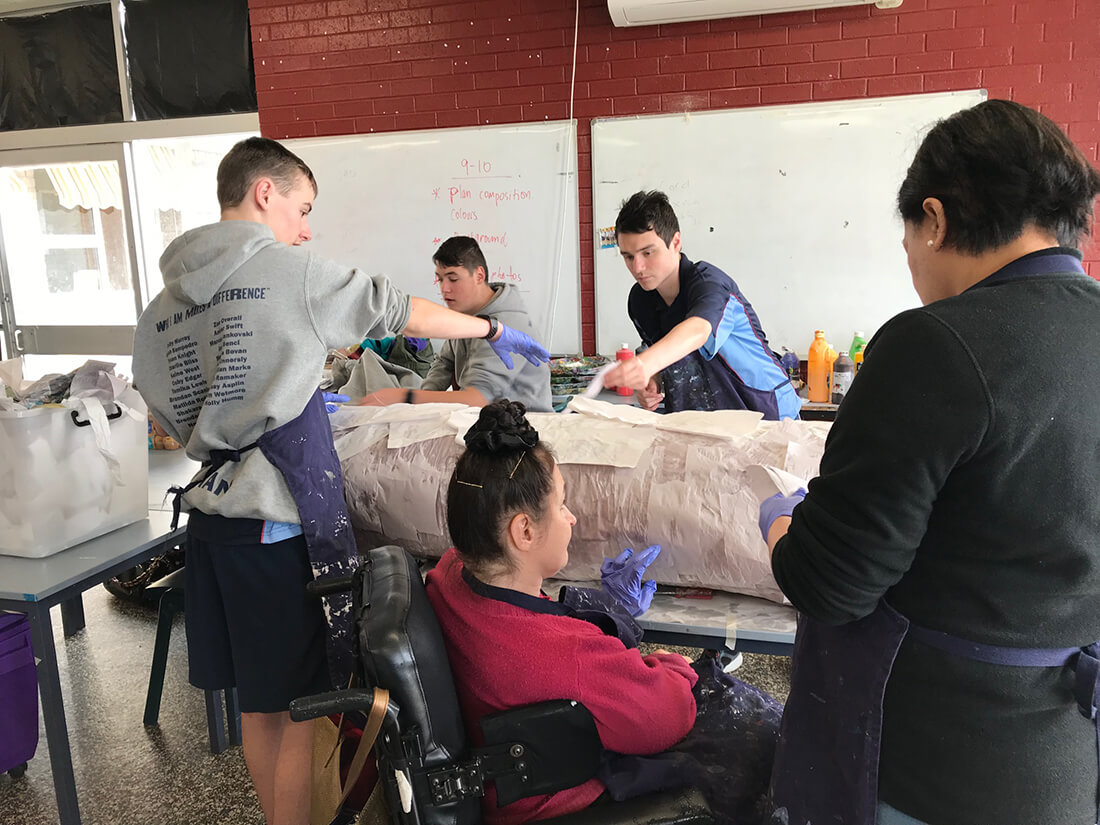 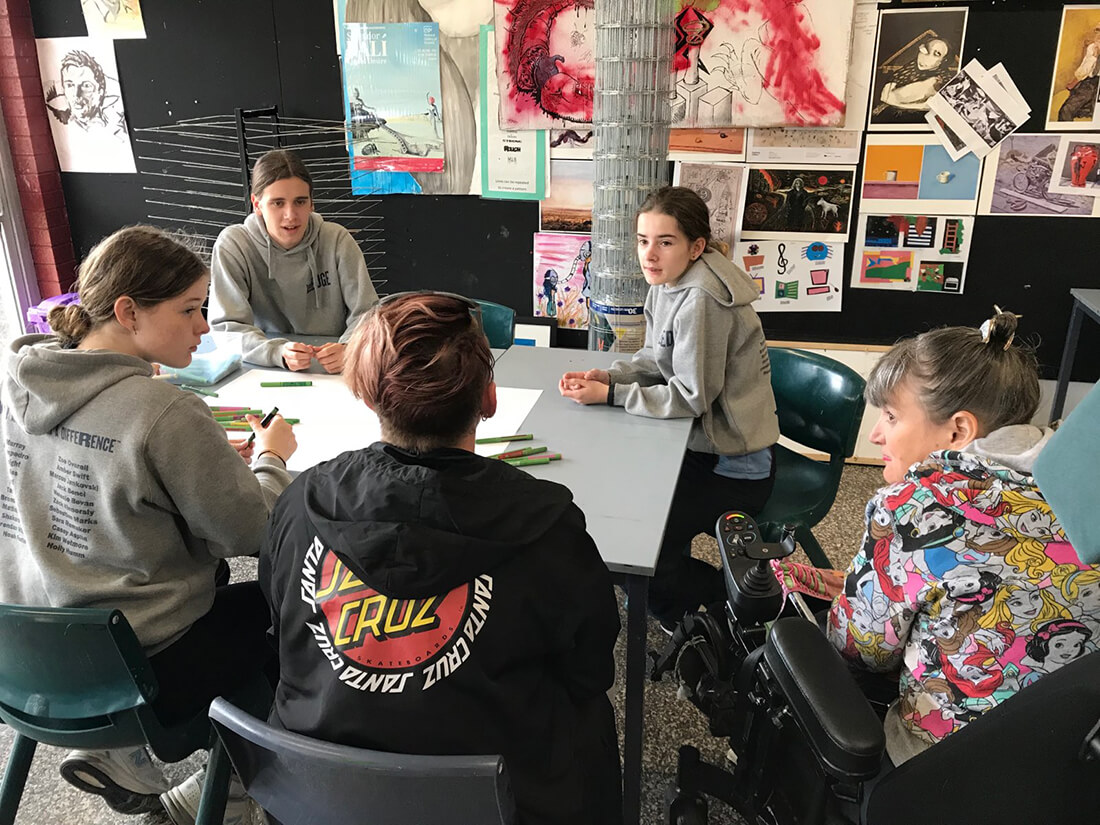 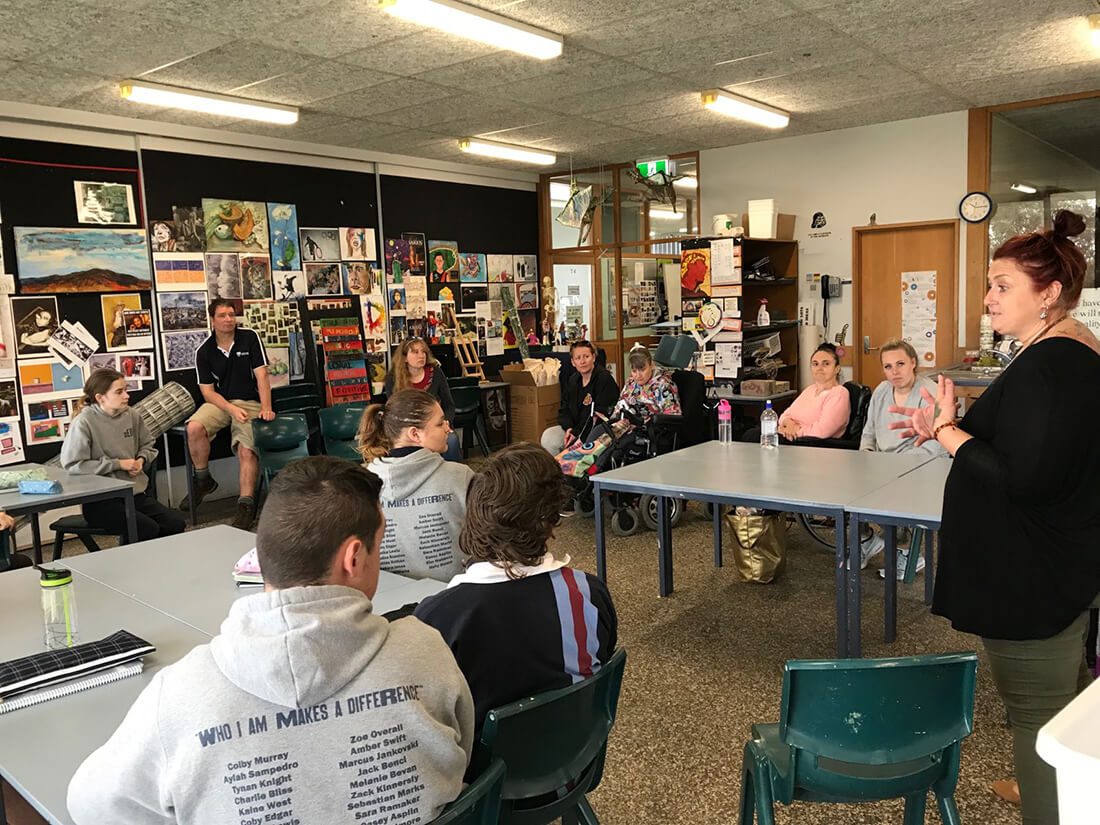 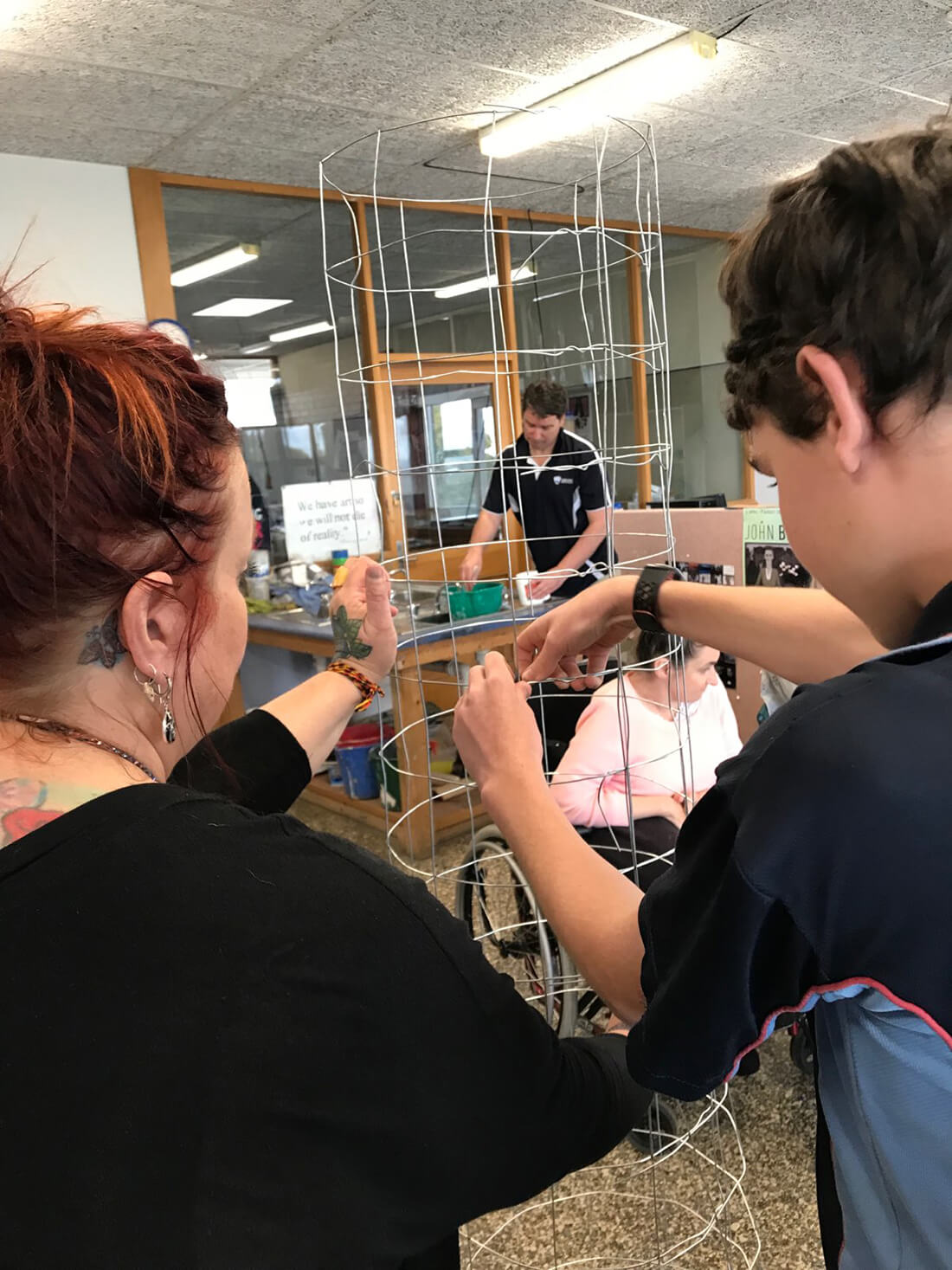 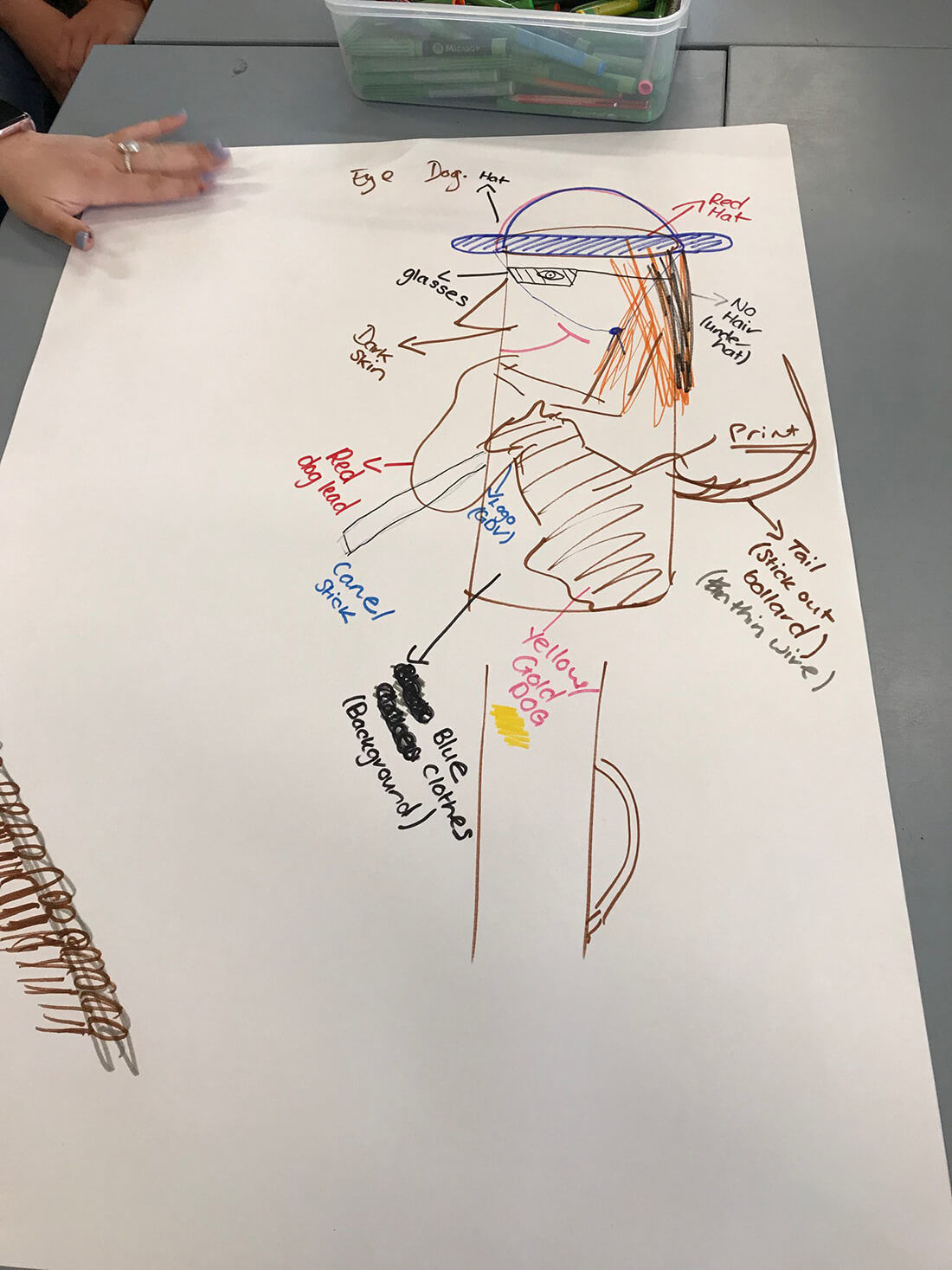 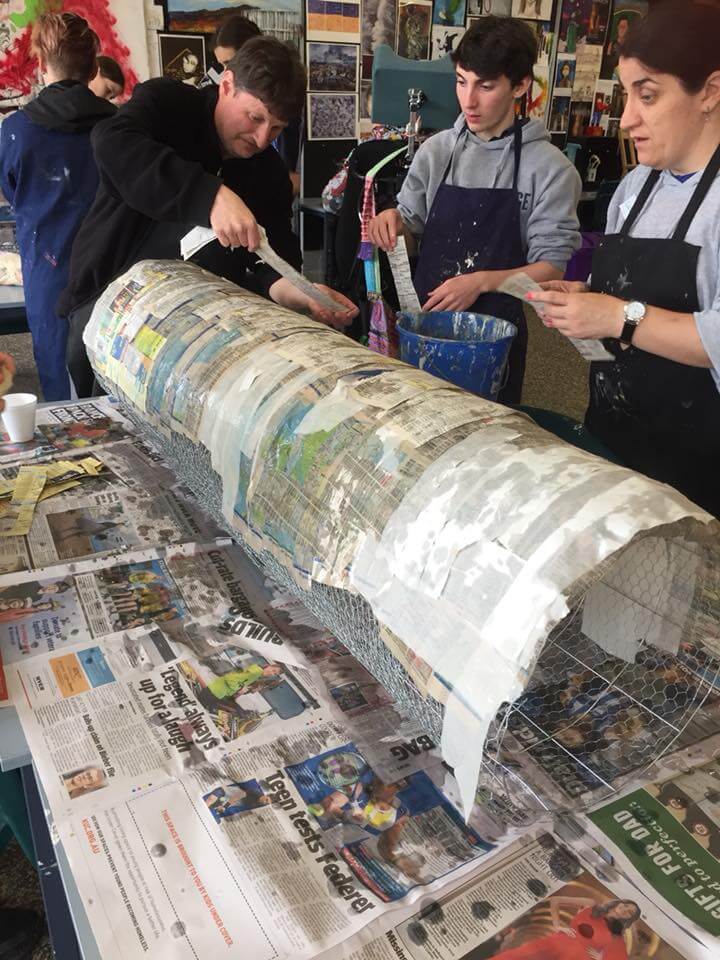 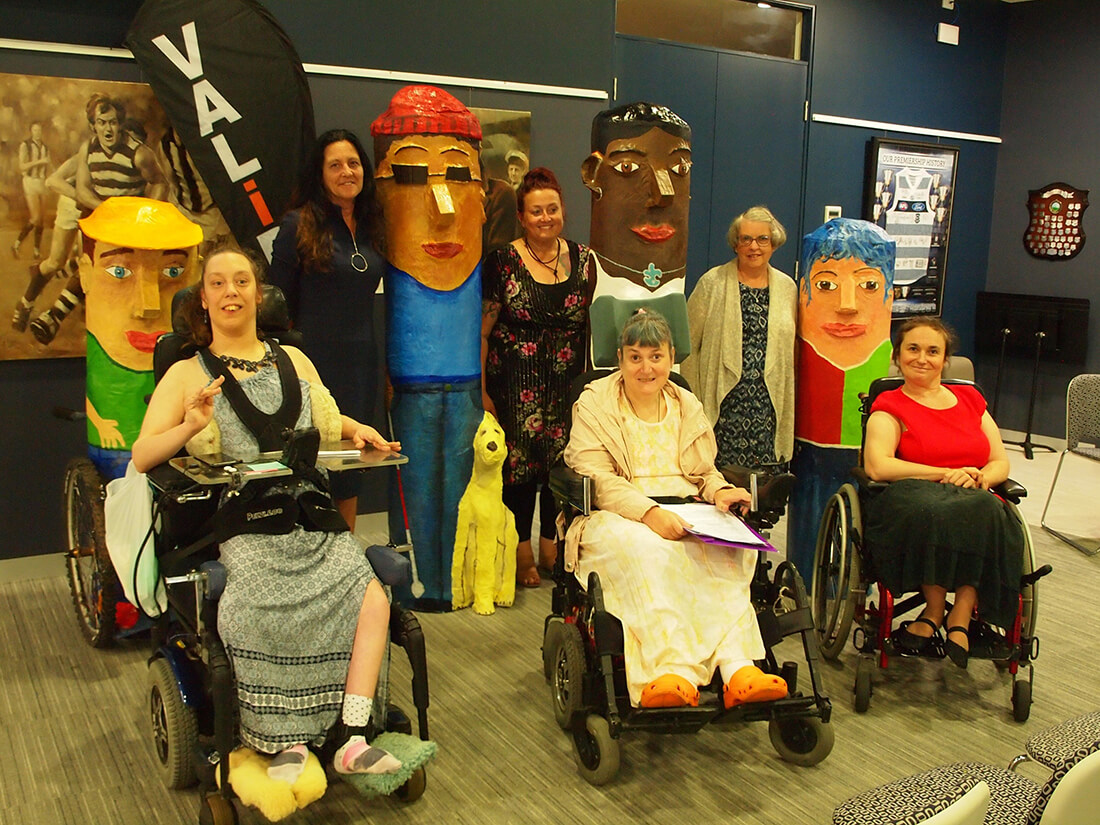 The collaborative process with Geelong Baptist College, ArtGusto and government presented opportunities to work with new people of diverse life experiences, ignite discussion of social change and grow strong leaders within the community.

To the PAG members, I AM is a celebration of disability, diversity and the friendships, and connections they are yet to make in the community.

It represents their contribution and value in the community, and how strong the voices of people with a disability can be.

The Geelong and Bellarine Peer Action Group – VALiD (the Victorian Advocacy League for Individuals with Disability) host monthly meetings, and social events for the group, as well as family support events.

The Peer Action Group (PAG) is a group of people wanting to make friends and become a stronger self-advocate. We work together on projects that make a difference and create opportunities for people with disabilities to be included in the local community.

Some of the benefits peer group members gain from attending the PAG’s include, learning and building on strong self-advocacy skills, and being effectively prepared for the National Disability Insurance Scheme (NDIS). Group members gain the confidence to have a greater level of choice and control over their lives, whilst building strong relationships and natural supports. PAG members gain greater opportunities for engagement in recreation, work and the wider life of the community.